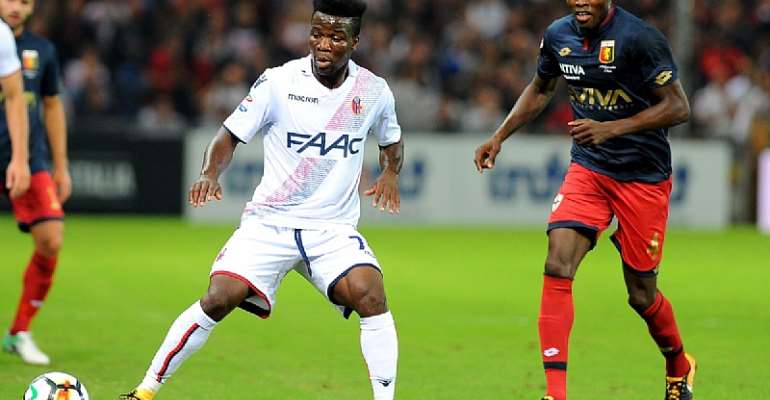 Agent for Godfred Donsah, Oliver Arthur has confirmed Inter Milan's interest in Ghanaian international and has emphasized that the deal can happen in January.

The 21-year-old has impressed for Roberto Donadoni's side and was linked with a move to San Siro in the summer according to several reports in Italy.

"He's happy at Bologna, he's carving out a big role for himself in the team,' Donsah's agent, Olivier Arthur told FCInterNews.

"Do Inter want him? None of the directors have contacted me because I'm in Ghana at the moment, but it seems clear to me that the Nerazzurri are thinking of signing him.

"I think that's good news, it means that Godfred is growing. It would be an important opportunity for him.

"Could it happen in January? He's a key man for Donadoni… but I think it's possible. Inter are a top club and everyone wants to play for such a prestigious team.

"In the summer he'd have cost between â‚¬8m and â‚¬10m, now the price for his transfer could have increased, who knows.

"Donsah is determined to pursue his goals, and he's a talent who is ready to fight so if he were to go to Milan he'd fight to start for the Nerazzurri.

"I have a lot of confidence in him, so I repeat: if he were to go to Inter I'm sure he'd have the chance to play.'

The Ghanaian international was also linked with Roma, was their interest from the Lupi?

"Yes, I can confirm that but Bologna considered him unsellable and maybe the Giallorossi couldn't come up with a financial package to change their mind.

"I'm certain that now if Inter were 100 percent convinced about signing Donsah there could be an agreement with the Emilians.

"Donsah has been growing steadily and he's adapted to a league as difficult as the Italian one so I'm convinced he'll become one of the best in the world in his role.

"It's no coincidence that it's not just Inter who are following him, a lot of clubs in England and Russia like him, but they'd have to convince Bologna to give him up, then talk to me." he added.