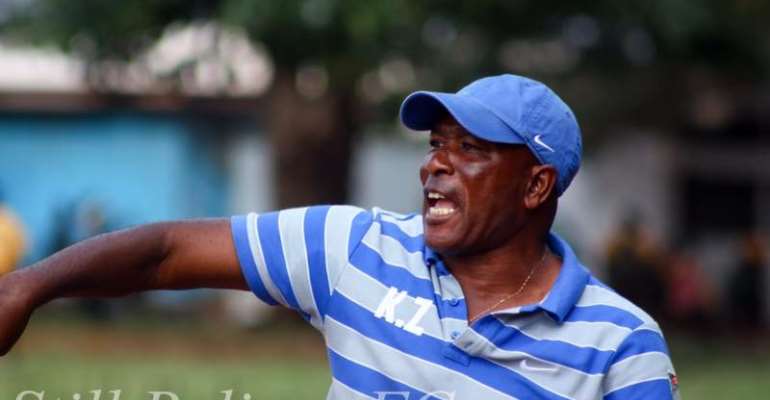 Interim coach of Inter Allies, Karim Zito is keen to hit the ground running when they square off against Ebusua Dwarfs in week 27 of the Ghana Premier League.

Allies are currently occupying the 13th position with 33 points after 26 matches played.

Speaking ahead of their trip to Cape Coast Stadium to face Ebusua Dwarfs in midweek, Zito is eager to claim a win in his maiden game.

"I'm looking forward to do better there. I know Dwarfs have been a bogey side to Inter Allies but I hope things will be better this time," Zito told Happy FM.

"We're preparing earnestly to turn the tide around and hope the work we've put in the last two weeks will pay off on the day. The boys are determined to change our story against Dwarfs tomorrow. "

"I'm aware of the battle I face to sustain the club in the Premier League but I take it as a challenge and I know if I'm able to do pull it off, it'll be a plus for me."

Inter Allies are yet to pick maximum points against Ebusua Dwarfs in Cape Coast since joining the Premier League in 2013/14 season.