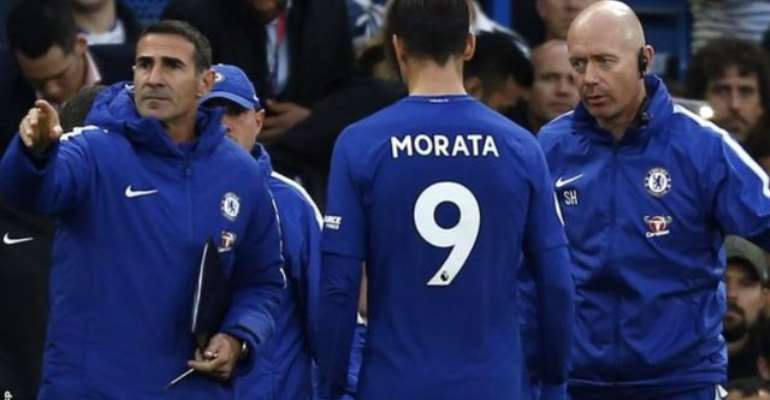 Chelsea striker Alvaro Morata could be out for more than a month after injuring his hamstring during Saturday's defeat by Manchester City.

The 24-year-old, who joined Chelsea for a club record £60m from Real Madrid, is the club's top scorer with seven goals.

Spanish team doctors diagnosed the grade two myofascial injury and he will miss this week's World Cup qualifiers against Albania and Israel.

Muscle injuries such as this can take four to eight weeks to recover from.

Chelsea next plays Crystal Palace on 14 October, before games against Roma, Watford, and Everton.