Edwin Gyimah Could Extend His Contract At Swedish Side Helsingborg 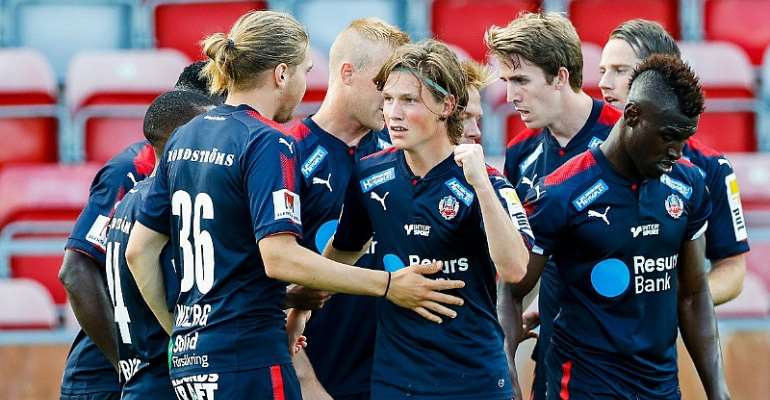 Ghanaian midfielder Edwin Gyimah has been a hit since signing for Helsingborg and there are talks to extend his contract this season.

Helsingborg has been in contact with the Ghanaian's representatives and they have held progressive talks regarding a contract extension.

Gyimah has settled in well in Helsingborg and has enjoyed 22 league games with a goal from the heart of midfield.

The Ghanaian's influence, however, transcends just playing as he is regarded as a role model by his colleagues and a true professional.

Having played for Orlando Pirates during a difficult spell the Ghanaian has found home in Sweden and is playing his best football yet.

Helsingborg are 4th on the Swedish league table and take on Gefle on Monday night with a win likely to propel them to top 3 in the standings.