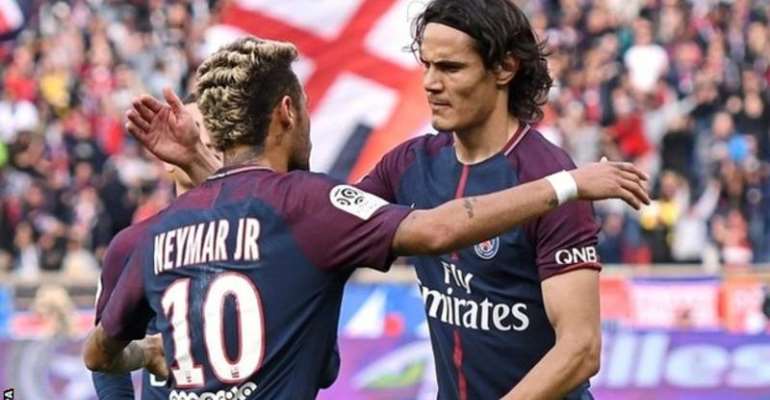 Neymar scored twice – including a penalty – as Paris St-Germain thrashed Bordeaux in Ligue 1.

The penalty he scored was the first PSG have been awarded since Neymar and Edinson Cavani argued over who would take one against Lyon – with Cavani taking it and missing.

Neymar had already scored a brilliant free-kick against Bordeaux, with Cavani and Thomas Meunier adding goals to make it 3-0 before Younousse Sankhare pulled one back.

PSG then won their penalty, with the Brazilian stepping up to score and immediately celebrating with Cavani.

The win took PSG three points clear of champions Monaco, who drew 1-1 with Montpellier on Friday.