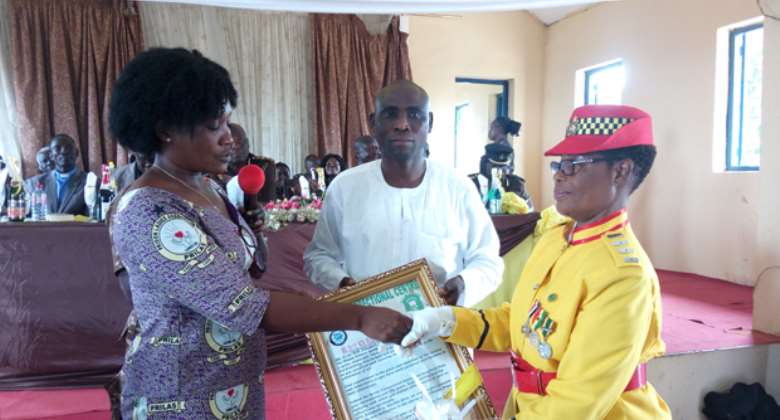 Madam Elizabeth with Alhaji Bandoh receiving her citation and certificate

Former Asante Kotoko board member, Alhaji Ahmed Bandoh (Bahmed) says the exploits of his wife SCO Elizabeth Bandoh as a tennis player during her hey days has stirred him to push the latter to pursue courses in the sport.

His wife, recently passed out as a Prisons Officer after close to 40 years of dedicated service in a colourful ceremony at the Correction Centre at Roman Ridge in Accra.

According to Alhaji Bandoh, her exploits in tennis attracted the attention of the Service's sports authorities back in the days which led to her recruitment.

“She has won several laurels for the service and country-in the SESSA Games and other international competitions. I don't want the talent to go waste, so I will push her to pursue courses in tennis so it benefits the entire nation.

“Definitely as she lays down her tools, this will engage her and will help identify and nurture young tennis players for Ghana.”