Godsway Donyoh Ruled Out For SIX Months With Knee Injury 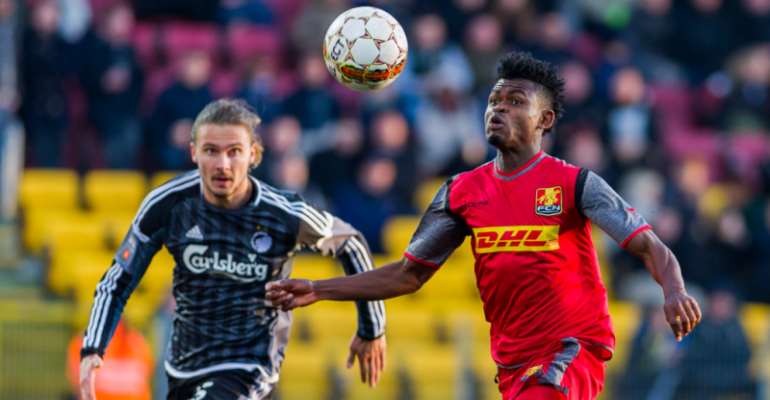 FC Nordsjaelland striker Godsway Donyoh has been sidelined for six months after having a surgery to repair a knee problem.

The 22-year-old suffered the setback at training two weeks ago.

The Ghanaian went under the knife on Monday in a hospital in Copenhagen, ruling him out of the rest of the year.

Donyoh joined the Danish outfit from English giants Manchester City in the summer of 2016.

He has scored 15 goals in 40 matches for the side so far.