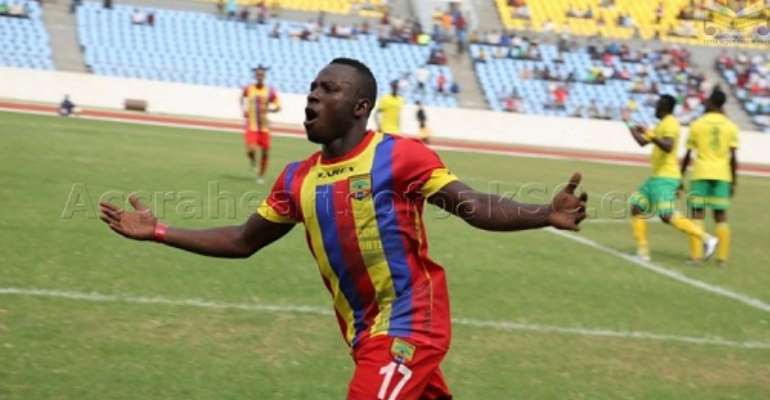 Hearts of Oak striker, Patrick Razak has disclosed that Wa All Stars cannot stop them from winning the premier league and the MTN FA Cup.

The Phobians who looks rejuvenated under Frank Nuttall will play premier league in the semi finals of the MTN FA Cup at the Len Clay Sports Stadium.

And Razak, who joined the team on Wednesday after helping the Black Stars B win the WAFU Cup, admitted to facing a stern test in the Northern-based side but they’re well on course to end the game on a high.

“It’s always difficult playing against Wa All Stars but we’ll take inspiration from our league triumph over them earlier this season to record another victory,” Razak told Happy FM.

“We’ve set target to win double this season and we’re poised to finish the campaign as we planned, so Wa All Stars cannot quench that dream.” He added.