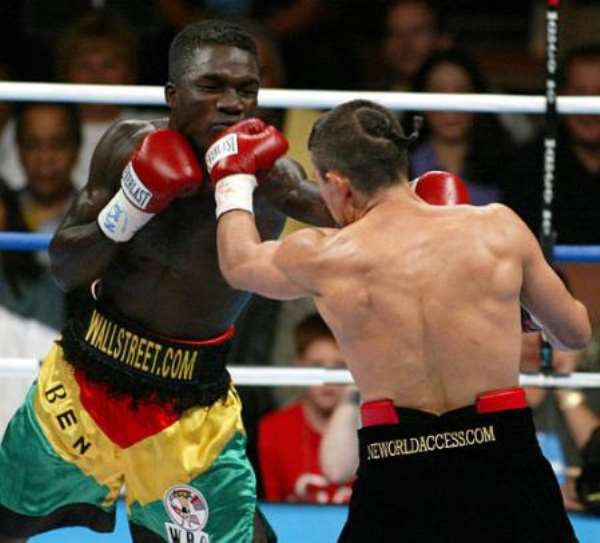 The southpaw Algrin's impressions were not enough to tame the Wonder.

The fight which was telecast live on ESPN2 was Wonder's second straight win after defeating Jonathan Nelson in December, 2004.

All hopes were lost when the Ghanain Wonder lost to Ricky Hatton and Kostya Tszyu but the Wonder is gradually warming himself back.