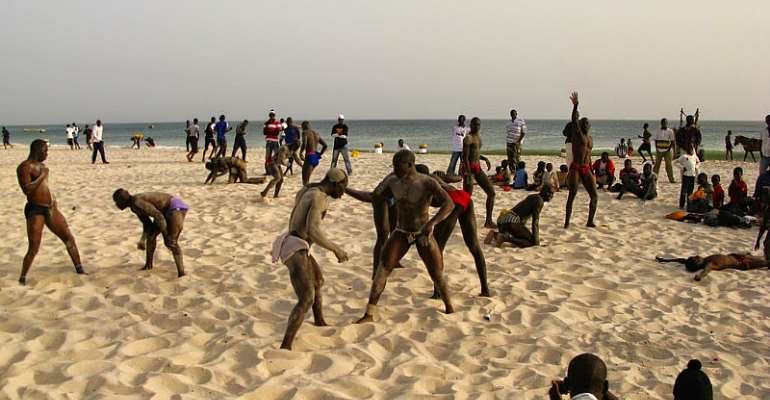 The JayDee Beach, just behind the James Town Light House will be the venue for the launch of the 2017 Ga Homowo Traditional Wrestling events which takes place in August.

According to George Mankattah, Chairman of the Greater Accra Wresting Association (GAWA), James Town is hosting the launch of the events of Friday June 30, 2017 at James Town at 3:00pm, but the main events would come off at La and Tema beaches all in the Greater Accra Region.

He explained they decided on the venues to create awareness and publicity as well as draw the fans to come and watch the sport, which is virtually new in the country, despite the popularity in the media.

He noted that getting support from corporate bodies had not been easy as most companies want to see what the association can do before contributing.

Mankattah who is a young enterprising entrepreneur said sports is big business which is worth investing in and appealed to companies along the coastal line and in the fishing industry as well as financial institutions and the media for support.

He noted that currently they are talking to Mamba Energy Drink and Global Assess to help in organizing the launch and the main event.

Ghana wrestling champion, Oliviera Aryeh urged wrestling which is known in Accra or the Ga language as “Abotri” to come and have fun at the beach of Friday. He said wrestlers in Ghana need encouragement to be like their counterparts in Senegal, Mali and Guinea who love the sport very much.

The main Homowo competitions come off at Tema on August 5 and La on August 26, all along the coast.