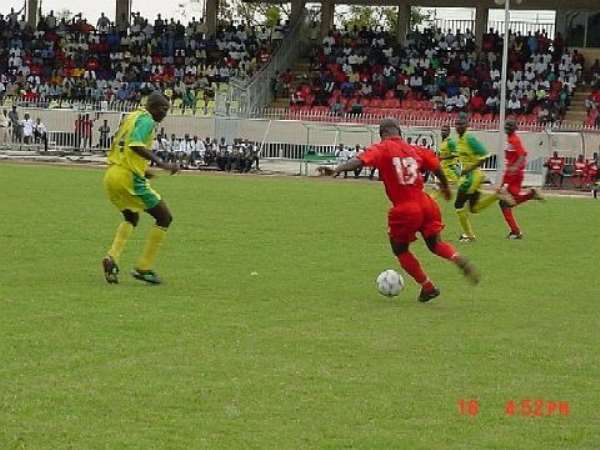 Accra, May 23, GNA - The GT Premier League takes a two weeks break after last Sunday's fixtures to afford the senior national team, the Black Stars enough time to step up their preparations ahead of their two crucial World Cup qualifiers against Burkina Faso and South Africa. The Stars' play host to neighbouring Burkina Faso on Sunday, June 5, at the Baba Yara Sports Stadium in Kumasi and trek to Bloemfontein to face South Africa on June 18.

The new development therefore contravenes their earlier month break as suggested in the media.

Mr. Ampim Darko, Deputy General Secretary of the Ghana Football Association told the GNA Sports that it is only the next two fixtures that have been waved as a result of the Stars duels.

The GNA Sports gathered that the 25 invited players dominated by the foreign legions would continue camping in Kumasi after the game against Burkina Faso until the Bafana Bafana clash.

The list includes seven local players - three from Accra Hearts of Oak, two from Kumasi Asante Kotoko and one each from Real Tamale United (RTU) and Kpando Heart of Lions.