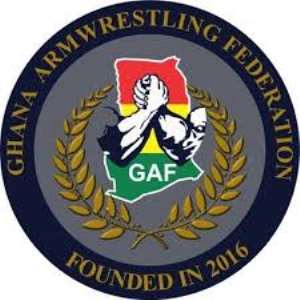 The company donated 30 cartons of Uncle T malt and an undisclosed amount to assist the team.

The GAF is expected to participate in the Africa Arm wrestling Championship billed for June 28th - July 5th and Ghana's Golden Arm team is expected to depart the shores of the country on Tuesday, June 27.

Presenting the donation to the Federation, the Sales and Marketing Manager of TT Brothers Nicholas Nii Addo said his outfit has been supporting sporting disciplines in the country for some years now and thought it wise to associate with the Arm wrestling team by supporting them as they prepare to represent Ghana at the international level.

Mr. Addo said despite the financial challenges the GAF faces; he believes they would win laurels at the tournament.

''We wish them the best of luck and we believe they will excel in the event,'' he said.

The Director of the National Sports Authority Robert Sarfo Mensah thanked the company for their support since the inception of the Federation and called on corporate organisations to support the various disciplines saying, ''Government alone can't develop sports in the country.''

According to the GAF President, Charles Osei Asibey, a contingent of 15, made up of 12 athletes and three officials would make the trip to Nigeria.

Sixteen African countries are expected to battle for honours at the tourney, which would also serve as qualification to the Arm wrestling World Championship.