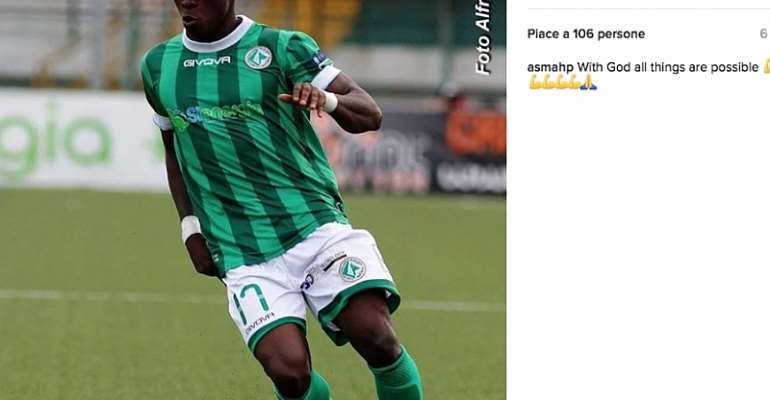 Former Ghana's U-20 defender Patrick Asmah is itching to nail down a regular playing spot at Italian side Atalanta Bergamo.

The 21-year-old joined Atalanta from Ghanaian outfit B.A Stars at the start of the 2016 Serie A campaign but was shipped out on loan to second-tier side US Avellino after establishing himself in their Primavera side.

The defender's development at Avellino was disrupted by a niggling injury but managed to rack up 12 appearances to help Walter Novellino's side narrowly escape the drop.

However, after being recalled back to the Stadio Atleti Azzurri d'Italia, Asmah has expressed his aim of locking down a regular staring berth next season.

''My target is to training very hard to earn more playing time in the Serie A this season and also to earn national call up'', Asmah told sportsnewsgh.com

The Atalanta player was part of Ghana's contingent for the 2015 FIFA U-20 World Cup and Ghana U-23 team which played at the 2015 All African Games in Brazzaville, Congo.