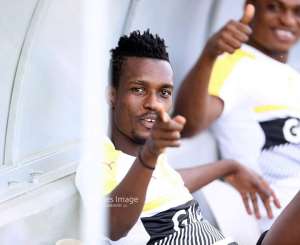 Ghana and Sivasspor defender John Boye scored the second goal which happens to be his fifth goal in 15 games.

His goal was a spectacular goal that even the best strikers on the pitch would be proud of given the number of goals that were scored on the day.

His scored four goals in the just ended Turkish division one league to lead the team back to the top tier.

Boye's goal and overall performance mean he has sealed his partnership with Daniel Amartey.

Below is the goal scored by John Boye:
LIVE GOAL: John Boye doubles the lead for the Stars: Ghana 2-0 Ethiopia #AFCON2019Qualifiers pic.twitter.com/2TavetE2QU