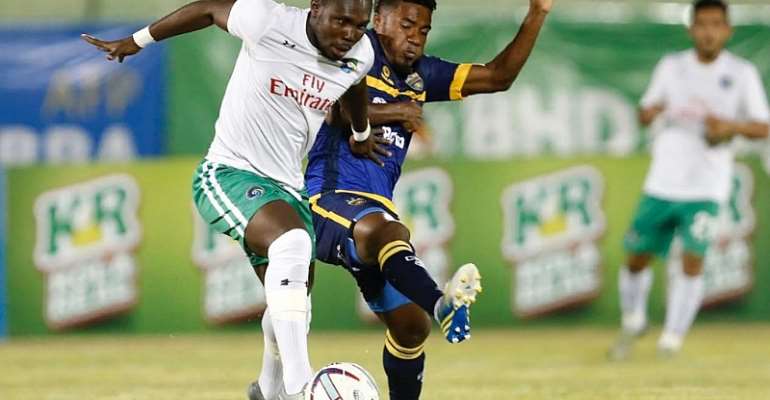 Silky Ghanaian attacker Kalif Alhassan came off the bench to rescue a point for New York Cosmos against North Carolina in the North American Soccer League (NASL) at the MCU Park.

It only took seven minutes for the attacking-minded teams to open the scoring in Brooklyn, as New York struck first. Irvin Herrera took advantage of a well-played ball in the box from Ayoze and slotted his shot through the defense and past Brian Sylvestre to grab the early lead.

The visitors didn't trail for long, scoring an equalizer just four minutes later after Lance Laing's corner kick was punched out, Billy Schuler found himself in space at the top of the box and volleyed a first-time strike into the back of the net for his fifth goal of the season across all competitions.

On the 45th minute mark, North Carolina added another beautiful goal with a patented Laing free kick to give his side a 2-1 halftime lead.

Cosmos came out all guns blazing in the second stanza as they went in search of the equalizer.

Eventually their pressure paid off, as Kalif Alhassan, who came on for Richard Menjiver in the 60th minute, scored in the 84th minute after he found space in the box and lofted a perfectly-placed ball over the top to earn a vital point for his 4th placed side.