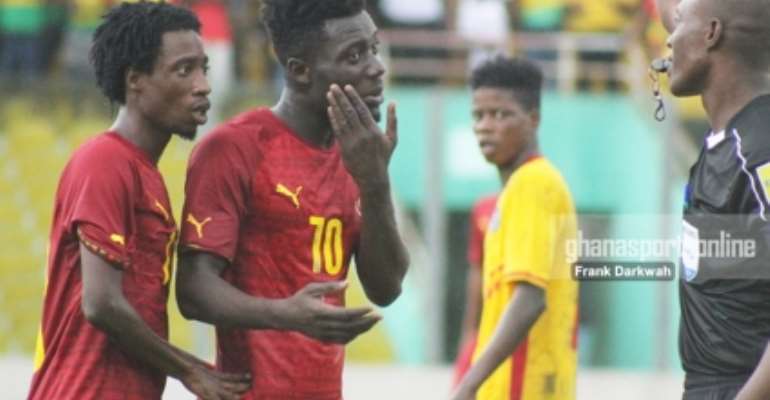 Hearts of Oak midfielder Winful Cobbinah has set his sights on becoming a linchpin in the Black Stars.

The former Al Najran playmaker's scintillating performance for the Phobians in the ongoing Ghana Premier League earned him a place in coach Kwesi Appiah's 30-man squad for the 2019 Africa Cup of Nations qualifier against the Walias of Ethiopia as well as the double-header international friendlies against Mexico and USA.

Cobbinah, who is one of the nine local based players called up into the side, has vowed to do his best to become a mainstay in the side.

"Am very happy to be part of the team, it's an opportunity for me which I have to grab it," Cobbinah said.

"My relationship with the senior players is very good because they are always close to us [new players] and I am hoping for the best."

"Everybody is fighting for a place, l think l have to work hard to get a place in the team."

Cobbinah will hope to make his bow in the game against Ethiopia at the Baba Yara Sports Stadium on Sunday.