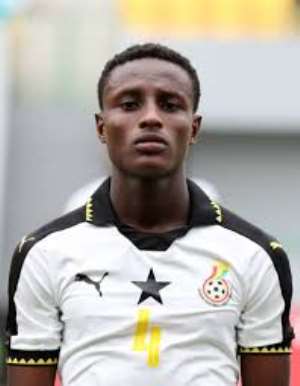 Ghanaian starlet Edmund Arko Mensah has been signed by Sporting Club de Bastia for €50,000 from Wa All Stars..

Arko Mensah, who was a member of the Ghana Black Starlets team that won Silver at the just ended 2017 Africa Youth Championship in Gabon has penned a four-year deal to the French Ligue 2 side after impressing the club’s scouts at the tournament.

Arko Mensah was one of Ghana most outstanding players at the 2017 AYC.

Saudi Arabian outfit Al Ain showed keen interest in purchasing the versatile defender, but the Blues stole the march off the Gulf-based side to secure the 16-year-old’s signature.

Bastia suffered relegation from the French Ligue 1 last season after finishing bottom of the table with 34 points from 38 games.

Mensah joined Wa All Stars from Sunyani D.C United prior to the start of the ongoing Ghana Premier League