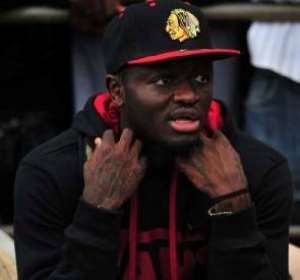 Ghana midfielder Sulley Muntari has disclosed that his idea of building an academy in the country.

Muntari, 32, who has won 84 caps for Ghana's senior national team expressed his intentions of helping to develop talents in the nation by establishing an academy to develop young talents.

Speaking on Starr FM, the former AC Milan enforcer revealed, 'I am planning to set up an academy in Ghana. I have spoken to some agents and clubs. And they want to help me raise talents."

The maverick midfielder suffered a racially abuse by a section of Italian fans during a game between his club Pescara and Cagliari in the Italian Serie A.