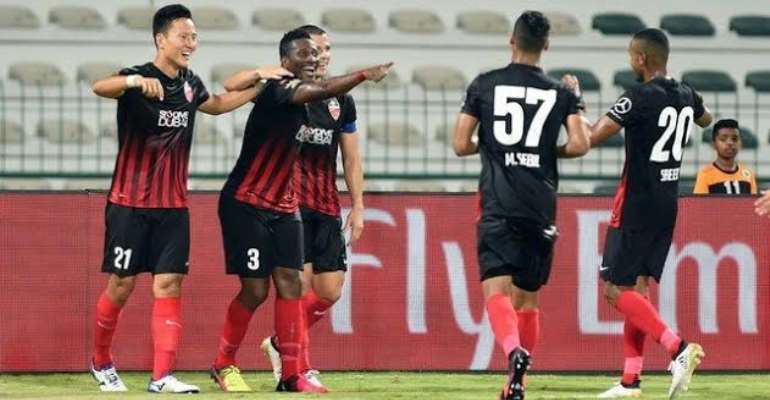 Ghana captain Asamoah Gyan is confident the Black Stars will overcome Ethiopia in the 2019 Africa Cup of Nations qualifier at the Baba Yara Stadium in Kumasi on Sunday.

Gyan, who plays for UAE side Al Ahli, has been battling with injuries in recent times.

However he has been declared fit in recent weeks and has added to the firepower of the Black Stars which has prompted him to declare that they can win over the Antelopes.

'I am happy to have been cleared by the medical team as fit to feature for the nation, and we will rely on the prayers and support of all football fans to accomplish our mission', he told the GNA Sports in Kumasi.

he Stars Captain said the atmosphere in camp was relaxed and encouraging, adding that, the players were in high spirits to overcome their Ethiopian counterparts.

He said also heart-warming was touching reception given the team on their arrival in Kumasi.

That, he indicated, had boosted the morale of the players in camp.

In a related development, Stars' Coach, Kwasi Appiah, has given assurance that the team is focused.

The technical team has been working on the players' reflexes, concentration and shooting ability.

Coach Appiah said they were not underestimating their Ethiopian counterparts, and that they were approaching the match with the seriousness it deserved.