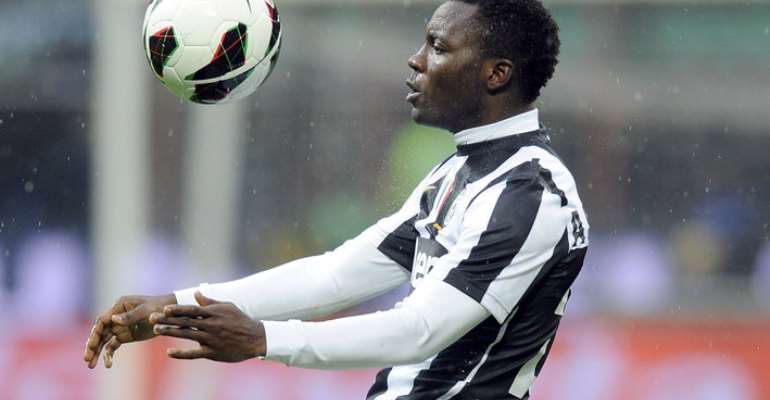 Galatasary, Southampton and West Ham United are all thought to be in a three-horse race for the signature of Ghana midfielder Kwadwo Asamoah.

However, reports in Italy claim none of the trio is considered 'favourite' at this time to sign the versatile Juventus man.

English giants Chelsea and Manchester City have all been credited with interest in the 28-year-old at some point in recent months.

The former Udinese man has reportedly put in a transfer request at the club amid growing concerns regarding his long-term future.

Asamoah has remained coy on his future even though he has expressed no preference for a specific club.

The Ghanaian struggled to break into the Juventus first team since making a full recovery from injury.

Asamoah was transferred from Udinese to Juventus for â‚¬18 million in 2012.