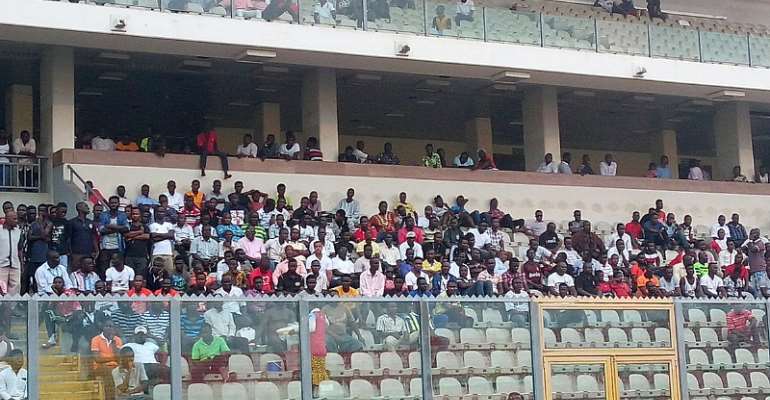 There are signs the Black Stars are winning back the fans after a sizeable crowd watched their training session on Tuesday at the Baba Yara Stadium.

The players have been in Kumasi for two days and the message seems to have gone far.

Kwesi Appiah and his charges trained for the second time today and the drew a huge crowd.

There are signs the Kumasi fans will come out in their numbers on Sunday to support the team against Ethiopia in the opening Group match.

Fans throng stadium to watch #BlackStars train in Kumasi on Tuesday ahead of Sunday's #afcon2019 qualifier against #Ethiopia pic.twitter.com/ok92Ftse0C