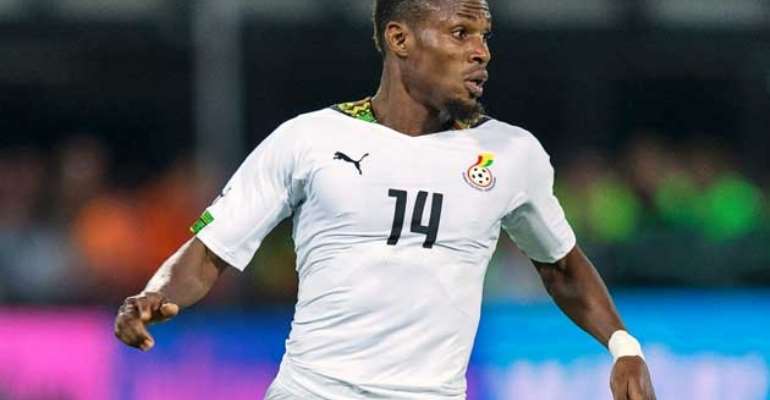 Eskisehirspor defender Jerry Akaminko has joined the Black Stars camp ahead of their 2019 Africa Cup of Nations qualifier clash against the Walias of Ethiopia on Sunday.

The 29-year-old defender, who suffered a career-threatening injury in May 2014 during an international friendly against the Netherlands ahead of the 2014 FIFA World Cup joins the squad as they prepare for the upcoming 2019 Africa Cup of Nations against Ethiopia as well as the two high-profile friendlies against USA and Mexico.

The former Heart of Lions guardsman's arrival was delayed due to his involvement in Eskisehirspor's Turkish second-tier league playoffs finals since coach Kwesi Appiah's men regrouped.

Akaminko will have to fend off competition from Rashid Sumaila, John Boye, Jonathan Mensah and Daniel Amartey for the central defense starting spot.