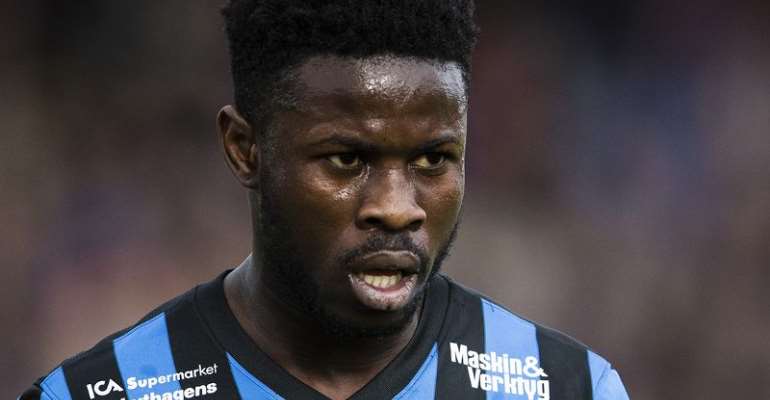 Sweden-based midfielder Kingsley Sarfo has been ruled out of Ghana's 2019 Africa Cup of Nations qualifier against Ethiopia on Sunday to enable him decide on his international future.

Sarfo, who is on the books of Allsvenskan side IK Sirius, was part of the 30-man Ghana squad called for the matches against Ethiopia, Mexico and USA.

However, there are bottlenecks which must be cleared after the Swedish FA applied for citizenship for the Kumasi-born midfielder, in a move to prevent him to play for his native country.

The Ghana FA has given the 22-year-old time and space to decide on which country he wants to represent at the international level.

"Kingsley Sarfo will not join the team for the Ethiopia ,USA and Mexico matches, he needs to settle especially to decide on either playing for Ghana or Sweden." Black Stars assistant coach Ibrahim Tanko told Kumasi-based Nhyira FM

The young sensation is highly-rated in the European country after he was voted Player of the Month of April this year.

His dribbling skills, supreme use of his left foot, pace and scoring ability has raised eyebrows among many clubs in the top leagues of Europe.

Sarfo was born in Ghana to Ghanaians parents and moved to Sweden just three years ago after playing for the Ghanaian side Golden Booth Academy.

He has not played for any country at the international and since he has not yet acquired Swedish citizenship he can only play international football for Ghana.

Playing for the Black Stars in this month's match against Ethiopia in the 2019 Africa Cup of Nations qualifier will permanently tie him to Ghana.