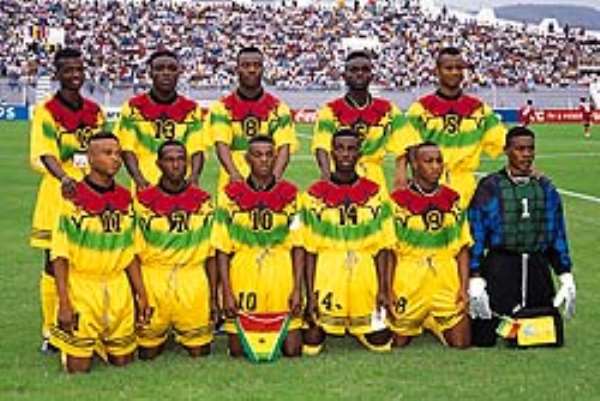 Ghana's U-17 team, Starlets, would lock horns against their Ivoirian counterparts today in the semi-finals of the ongoing African Under 17 championship. South Africa will take on the host nation Gambia. Cote d'Ivoire lost to South Africa last Saturday and avoided hosts, The Gambia, in today's semis, but Coach David Duncan believes the Ivorians misjudged by doing little to avoid his Black Starlets of Ghana rather in the Africa Under-17 football championship.

"If it was intended, it should be a costly risk," Coach Duncan suggested in an interview with the Graphic Sports.

The coach said this in defiance of the short supply of first team materials he has to present at the Independence Stadium at 5 p.m. GMT. Apart from Jonathan Quartey and George Appiah who will serve a one-match suspension, Coach Duncan is still bereft of the services of lateral defender, Solomon Addy.

Addy has been training with the team since returning from hospital two days after the opening game, but is yet recover fully from the pain that throbs in the left side of his waist.

Yet the coach remains confident that available materials could prove equal to the task. Skipper Emmanuel Ansong is expected to return to the starting line-up on the right side of defence from where Ernest Danso, naturally a central defender, will fill the place of Janathan Quartey.

Sadat Bukari and Opoku Agyemang will still maintain their places in the attacking squad.

And while he plots his side's strategy, Coach Duncan is less troubled by the scoring rate of Cote d'Ivoire's Ismael Beko Fofana, the competition's joint top scorer so far.

Fofana has played two games and scored twice in each. He was hardly noticed against Zimbabwe in one of Group B's opening games, but was responsible for both strikes against the late replacements for Tanzania.

When they played South Africa, he, like other key players, was rested upon the knowledge that the result would have no impact on their qualification for the semi finals.

The main stay of the Ivorians, however, lies in their collective play. Although selected from diverse soccer academies, that nine of them belong to the Mimos-Sifcom Academy tells of some long standing acquaintance in playing pattern. Fofana belongs to this academy.

These remain good knowledge for Coach Duncan but he insists that his team has developed enough and possess the quality to subdue the Ivorians.

The presence of Agyemang in the attack of the Starlets alone could as well be a headache for the Ivorians. Agyemang has scored in each game and his speed, strength, control and ability to read passes makes him the greatest possible source of goal at every time.

While the wing backs of the Ivorians have shown great contribution to attacking play, they have mainatained a porous central defence that crumbled under pressure from Nigeria in many instances. And that could be dangerous before the untiring Agyemang, and a prelude to the Gambia versus South Africa clash at 7:30 GMT.

The Gambians are on a fairy tale ride to fame as they continue their best performance at the championship. The Little Scorpions' first and only participation in the championship was their third place in Group B in Seychelles two years ago.

At that event, they tied Cameroun on equal points but lost out on account of their marginally inferior goal difference. That performance has seen great improvement and its biggest test comes today in the battle for an automatic World Cup ticket against first time participants, South Africa.