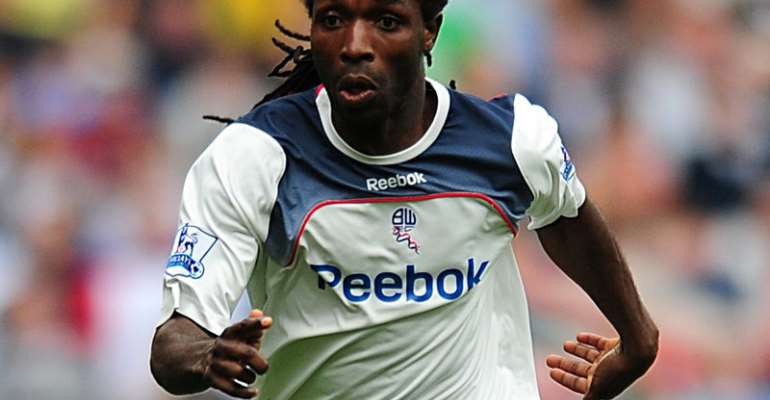 Former Bolton Wanderers striker Mustapha Riga has been arrested by the police for an alleged assault at a radio station in Ghana.

Riga, who is the Chief Executive of Ghanaian second-tier side BA United, was nicked by police after an alleged incident earlier on Tuesday.

According multiple reports in the local media, the former Sparta Rotterdam forward stormed the studios of Sunyani-based Space FM to express his anger over a negative comment aimed at his club.

Riga  is alleged to have threatened the journalists -leading to the decision of his employers to report the matter to the police.

The 35-year-old has been picked up for interrogation as police begins investigation into the incident.

The former Dutch-youth star is believed to be unhappy with what he claims are unsavoury remarks which has smeared the image of his club.

He took over the cash-strapped club last year, vowing to return the side to the elite division of Ghana football.

But things have not gone as planned as they lie 5th on the zone 1 table.