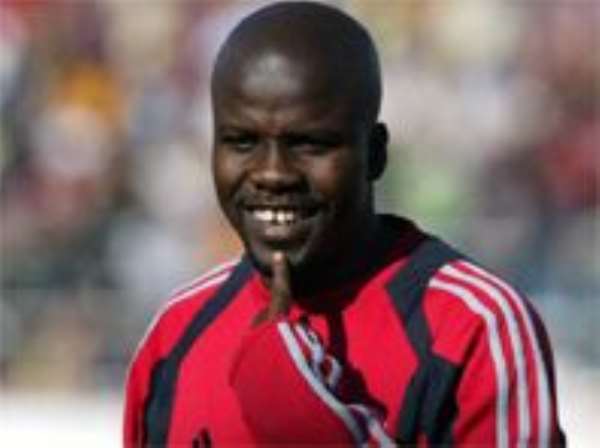 Accra, May 10, GNA - Ratomir Djukovic, coach of Ghana's national team "A" side, the Black Stars has justified the exclusion of Bayern Munich's Samuel Osei Kuffour from the list of 25 players released on Monday for the World Cup qualifier against the Burkina Faso national side next month.

The Serbian told the GNA Sports that, "by failing to apologies to me, Ghanaians and the Ghana Football Association (GFA), Kuffour has demonstrated his unwillingness to play for the Stars and so that be it".

The coach was apparently referring to the player's refusal to apologies for comments he allegedly made to the international media, with regards to the coach and the GFA of haven lied on his fitness level prior to the game against the Democratic Republic of Congo last month. The defender was the only casualty in the list of 25 invited players, scheduled to begin camping on May 26 at the Crystal Rose Hotel in Kumasi for the June 5 duel, which the coach says, is "a do or die affair".

Djukovic said he was unwilling to countenance any form of indiscipline from any player regardless of his calibre, adding that, "it is important that players behave as expected or forget a place in my team, no matter who they are".

On a positive note, the former Rwandan coach told the GNA Sports that everything was in place on the side of the Ghanaians who would attempt to overturn the one goal deficit suffered in the first leg encounter in Ouagadougou except maybe the inevitable late arrival of some of the players.

" Things seem to be shaping up well for us and we hope to seize the moment in our quest to qualify. The only disadvantage would be the schedule of some of the boys, which pertains the world over".

The Italian quartet of skipper Stephen Appiah, Sule Ali Muntari, Asamoah Gyan and John Mensah are among the ten players whose tight schedules do not afford them the luxury of early camping. The coach expressed conviction on the positive influence that the return of Olympic Lyon's Michael Essien and Russian-based Baffour Gyan could have on the team's fortunes.

"Essien is the best player in his position in the world today and Gyan is very committed and dedicated. The two, I believe will bring so much stability and aggression into our game which would be an obvious plus", he added.

The duo missed the Congo game duo to card accumulation. Considering the Kumasi duel as the most important among the rest, coach Djukovic's focus during the weeklong camping would centre on tactical play, work rate and endurance - a necessary ingredients for victory.

"We do not only need a win, but as many goals as possible in order to make our campaign much more easier".

Ghana trails South Africa and Cape Verde in third place in a group that includes Uganda, Congo and Burkina Faso.

My mother is not dead — Farouk Mahama
48 minutes ago