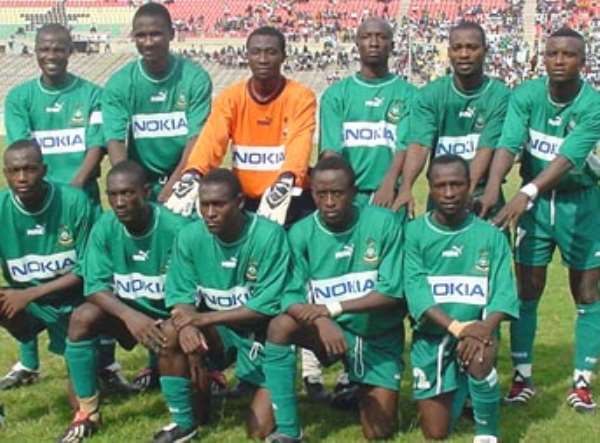 Zambia's Red Arrows were held 1-1 at home by Ghana's King Faisal Babes in a fourth round first leg Confederation Cup match on Saturday.

Arrows were hoping to restore some pride after being eliminated from the Champions League 9-1 on aggregate by Enyimba of Nigeria.

And the hosts began well opening the scoring in the 19th minute through Henry Banda who finished off a Brian Lubaba pass.

Ten minutes later Arrows' striker Danny Hangunyu could have increased the lead but his shot was blocked by team-mate Stanley Banda.

The Ghanaian club's coach Francis Oti-Akenteng said after the game: "I'm very happy with the 1-1 draw.

"It's a wonderful result against a team coming from the Champions League.

"Arrows are a clumsy side but we won't underrate them when they come to Ghana."

The Red Arrows caretaker coach Fred Nasilele, however, is confident that his side can still win the tie.

"Most of our strikers are injured but we hope to have them in the return leg," he said.

"The return leg which will be much better because the boys will be back.

"All hope is not lost yet."

The second leg, which will decide who makes it into the group stages of the competition, will be in two weeks time in Ghana

Plan by gov’t to purchase new presidential jet is to satisfy...
26 minutes ago