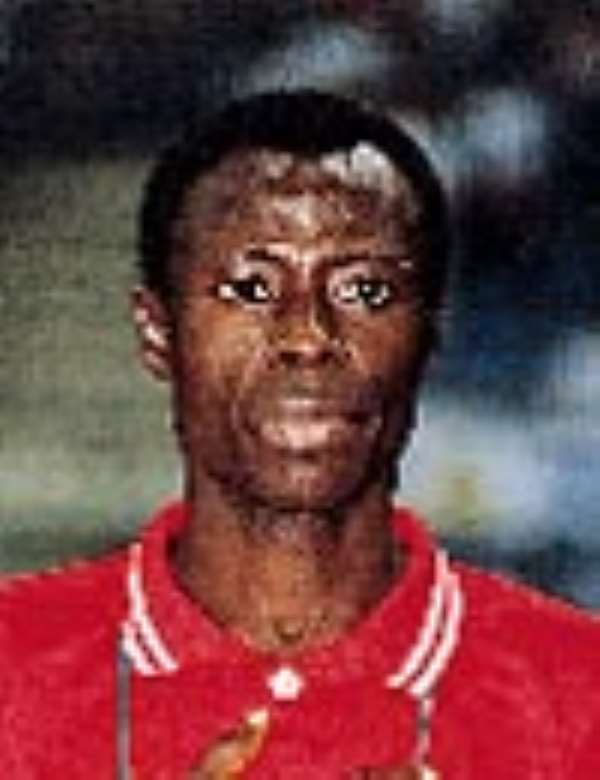 Speaking on arrival at Lusaka International Airport yesterday for tomorrow's Confederations Cup first leg encounter of the knock out stage against Arrows, Oti-Akenteng said although his charges had respect for Arrows, they were in Zambia on a mission to win. “It's an advantage to us. I don't think the players at Arrows will have adapted to the style of play of the new coach,” he said. “That is good for us.”

However, he said his side will not underrate the airmen in tomorrow's encounter billed for Lusaka's Nkoloma Stadium.

“It is not going to be an easy game, but no matter what, our mission here is no joke,” he said. Using a Ghanaian adage, 'Nobody points to the father's village with a left finger,' which he translated as a warning for Arrows not to look down on his side, Oti-Akenteng said the problems that had rocked Arrows were a blessing in disguise for his team.

Oti-Akenteng said his team would do most of the work on the pitch tomorrow.

He said his lads, who ejected Nigerian side Insurance, had respect for the embattled Zambian champions but would not extend that to the pitch. Oti-Akenteng added that Zambian football had a respected profile that made Arrows a formidable opposition.

“For them to be champions and get where they did in the Champions League means they are a good side,” he said.

Meanwhile, Arrows chairman Steven Chilima has said the Zambia Air Force-sponsored outfit had put the Champions League defeat to Enyimba behind and was focusing on tomorrow's assignment.

“We are re-organising and this process takes long,” he said.

Chilima dispelled assertions that the team had been affected by recent developments.

“The boys are game and are looking forward to the match,” he said.

On his meeting with veteran coach Colonel Brightwell Banda, Chilima said he had been busy putting logistics in place for their opponents.

“Our guests had to be taken care of first and this is what has pre-occupied me,” he said.

Chilima maintained that Banda, who took over from the sacked Matthews Phiri, had not been fired. “What I know is that he is sick and when you are sick you don't report for work, not so?” he asked. “If anything, you can go to Maina Soko and check the record.”

The Ghanaian team is accommodated at the Cresta Golfview Hotel on the Great East Road.