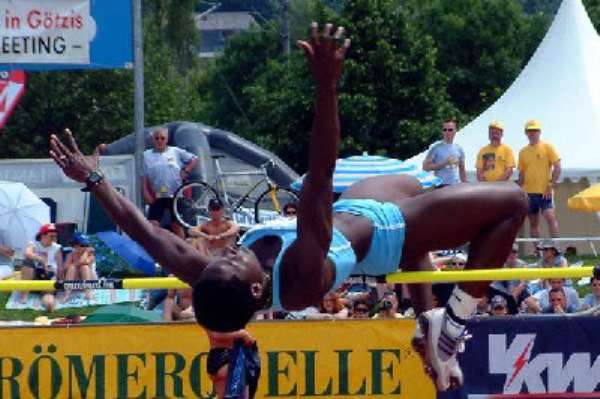 to open World Combined Events Challenge 2005 with a win Salò, Italy - Margaret Simpson from Ghana starts as the big favourite in the women's Heptathon at the 18th edition of the Multistars this weekend (7 & 8 May) which opens the IAAF Combined Events Challenge 2005. Margaret Simpson, who won the Multistars in 2003, has competed many times in the Multistars and won the Italian meeting two years ago with 5952. In the process she threw an impressive 52.79 in the Javelin, her strongest event. Simpson was a Commonwealth bronze medallist in Manchester 2002 and finished ninth at the Olympic Games in Athens with 6253. Simpson scored a PB of 6306 when she finished fifth in Götzis last year.

The Briton Julie Hollman (fifth at the Commonwealth Games in Manchester 2002 and a 6135 performer) returns to the Multistars meeting where she won in 2002 with 6093 points.

Russia's Tatyana Gordeyeva (PB 6336 in 2000 and 6235 in 2004 and a 1.91 PB in the High Jump), Kazakistan's Irina Naumenko (PB 6140), Belarus' Vera Yepimashko, seventh at last March European Indoor Championships in the Penthatlon in Madrid and a Shot Put specialist (17.25 indoors this winter) Finland's Tiia Hautala, fifth at the IAAF World Championships with her lifetime best of 6369 points and second at the Multistars in 2003, Michaela Hejnova from Czech Republic (PB 6065), seventh at the European Championships in Munich 2002, are the other main challengers.