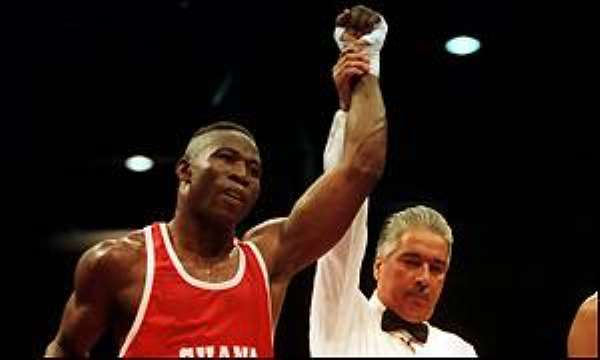 Accra, May 4, GNA - Former Commonwealth Middleweight champion, Charles "Crusader" Adamu has been presented with another opportunity to win an international title after almost one year of losing his Commonwealth title.

The former captain of the national boxing team, the Black Bombers is scheduled to fight Otis Grant of Montreal, Canada on May 18, for the World Boxing Council (WBC) International Super Middleweight title. Adamu is expected to capitalise on his impressive record of 16 fights with two loses to undo his Canadian opponent.

Information gathered by GNA Sports indicates that the Ghanaian will leave Accra for Canada early next week to acclimatise well for the fight. Officials of the Ghana Boxing Authority (GBA) were optimistic of the chances of the Ghanaian boxer as he has for the past months exhibited an impressive output.