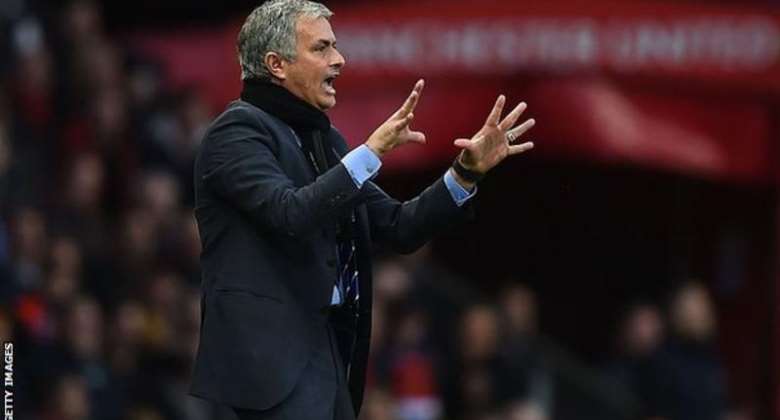 Manchester United handed the biggest blow to Chelsea's titles hopes with a commanding 2-0 win at Old Trafford thanks a witty system by Jose Mourinho. Prior to the game, Manchester united were winless in eight Premier League games against Chelsea, their longest winless streak against any Premier League side, four draws four defeats. Judging by Jose's line up with United's top scorer Zlatan and one of their most creative forces, Mkhitaryan excluded from the starting XI.

Many United and non United fans questioned Jose's decision but he had other ideas which turned out to be excellent with goals at either half from Rashford who scored from a clever pass from Herrera later turned from provider to double United's advantage with a deflected shot.

On the day, the United players for the first time this season played a ''Jose Mourinho Game''. They were tactically brilliant and discipline. For me Marcus Rashford was the difference and these are my reasons.

1. His pace troubled the chelsea defense.

Rashford's agility unsettled Chelsea's back three especially David Luiz. From the get go, you can see the Chelsea rearguard was uncomfortable dealing with the teenager something his manager duly acknowledged. he said ''he (Rashford) is faster than their defenders''

2. He didn't give United a focal point like Zlatan

When Zlatan ia on the pitch, Man United play through him. The system is built in such a way that, the big man is obviously the target man. it becomes easier defending because when you put the Swede in shackles, you put the whole United team in shackles. it is as simple as that. I am sure Antonio Conte was surprised to see Zlatan on the bench. He probably said to himself ''what the hell is going on here?'' It was not only Conte who wondered why Zlatan managed to make the bench, almost every football lover wondered and it did not take even ten minutes to notice why. Rashford's movement gave United the lead because they had no focal point in a surprise 3-5-2 or 3-1-4-2 formation.

Jose Mourinho once again proved to his doubters that he still has it. The fact that free scoring Chelsea didnt register a single shot on target, makes me doff my hat to the tactical masterclass exhibited. Jose Mourinho made life difficult for Chelsea in midfield by crowding the midfield. Pogba, Herrera and Fellaini were supported by Young and Valencia without possession. That took a lot of pressure from the defense and ensured Hazard had little time and space on the ball. In fact the United midfield relentlessly hounded Chelsea, forcing to make errors after errors which was fun to watch if you are a red devil and agonizing if you are a blue. It was a day of no show from Chelsea, Nemanja Matic had troubles keepin the ball, Kante was not even getting closer to the United midfield to snuff out any danger, David Luiz could not handle young Rasford and Conte was outwitted by his counterpart ''Judas is no. 1'' Jose Mourinho

Interestingly, Jose said after the game he didint rest players.''We did not rest players ahead of Thursday, we just chose the team we thought was the best team. We went to Stamford Bridge with same tactics, the only difference was totally controlled with 11 players, only the decision that made us play with 10 men for the second half and 10 minutes in the first half, gave Chelsea a chance to be dominant'' he said. From the performance of his players you could see they were mentally tuned. Fellaini surprised me the most. Herrera put Hazard in his pocket, Rojo silenced Costa and Rashford brought back memories of how poor Luiz was.

Yes United won but the biggest winners on the day was Tottenham Hotspur. Chelsea's defeat has thrown the title charge wide open with only 4 points separating the two teams. Chelsea still have enough fire power to get this over the line but Tottenham are lurking dangerously. They are on the ascendancy and playing the best football at the moment. This is what the neutrals asked for, a photo finish.

I am Nana Quojo Antwi-Boasiako. I am always here, often everywhere.

Hottest Photo Reports
Catch up with all the political quotes from our politicians.
Advertise here
More from International
ModernGhana Links
BIBA cancels all February 2021 events...It would be Criminally Negligent to authorise events in February, says BIBA VP
Commonwealth To Unveil ‘4D Strategy’ On Reviving Sport At Ministerial Forum
Romelu Lukaku Before The BVB-Dortmund Game: The Man Who Wanted To "Destroy" His Opponents
TOP STORIES