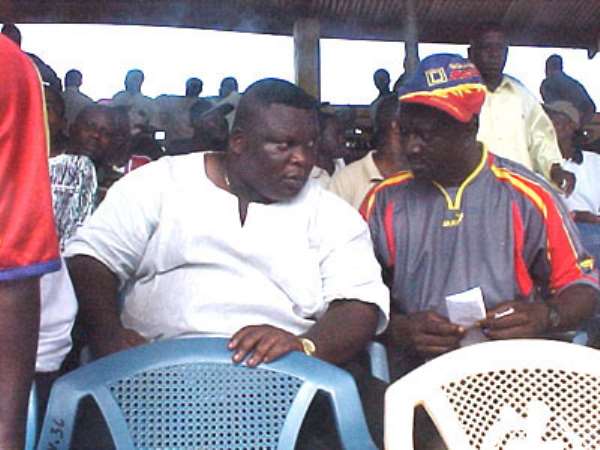 The Chief Executive of Accra Hearts of Oak, Mr. Thomas Okine, is still at post as the CEO of the club.

The thick skin man, who doubles as a Director, out of frustration and pressure tendered his resignation letter to the board of the club last week.

Realizing the repercussions of his resignation, the board wrote back refusing his decision and has pleaded with him to hold on to the mantle till a substantive replacement has been appointed.

The CEO who has denied any links with Sunyani-based Berekum Arsenals has out of love again accepted the challenge and quickly mobilized remuneration for the senior players, Joe Louis and Saliu Muntari to feature the phobians.

'I love Hearts so I have to listen to my bosses and serve my team. But who will come to serve after Thomas Okine', lamented Tommy

Our supporters should never say die until the bones are rotten. This is normal with our dear club and we hope to bounce back soonest, said Thomas Okine.