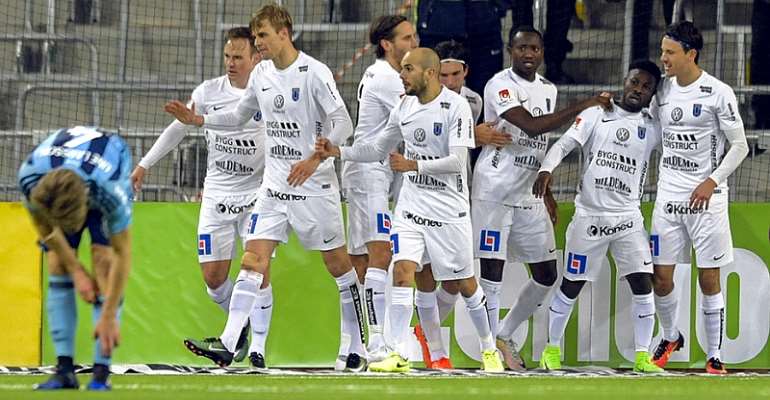 Ghanaian winger Kingsley Sarfo has been named among the best XI players in Sweden this week.

The talented youngster, who plays for newly promoted IF Sirius, has been named in the squad after he bagged a sensational brace on Monday.

The 22-year-old hogged the headlines after scoring two goals in 60 seconds to hand the visitors a deserved 2-0 win at Djurgarden on Monday.

Give EC Benefit Of Doubt On 24-hour Results Promise – CDD-Gh...
45 minutes ago