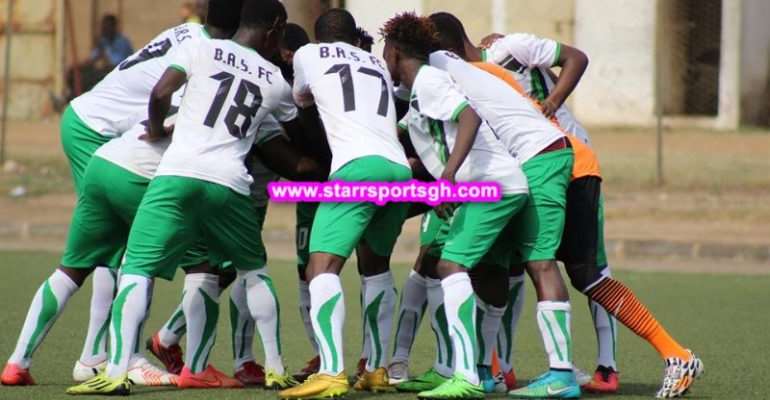 Bolga All stars record their second win of the season when they inflicted a 1-0 defeat on Elmina Sharks in week 10 of the Ghana Premier League at the Tamale Utrecht Park on Wednesday.

The hosts came into the game on the back of a 1-1 draw game at Obuasi against AshantiGold over the weekend.

After a cagey opening 20 minutes, All Stars striker Noel Neequaye missed the target narrowly when he rose above Tetteh Nortey to meet Isahaku's high cross.

Elmina responded positively by pushing the home side back to their own half and piling pressure on them but could not break through before centre referee Samuel Sukah brought the first stanza to a close.

Maxwell Frimpong almost scored the opener in the 69th minute. The defender latched onto a loose ball before sending a powerful shot but it was superbly saved by goalkeeper Francis Arthur.

Substitute midfielder Emmanuel Anaba broke the heart of the away side in the 88th minute when poked home the first goal of the match after goalkeeper Francis Arthur failed to deal with Norgbey's fierce shot.

Despite the slim win, Bolga All Stars maintain their 16th spot with 8 points from 10 matches.