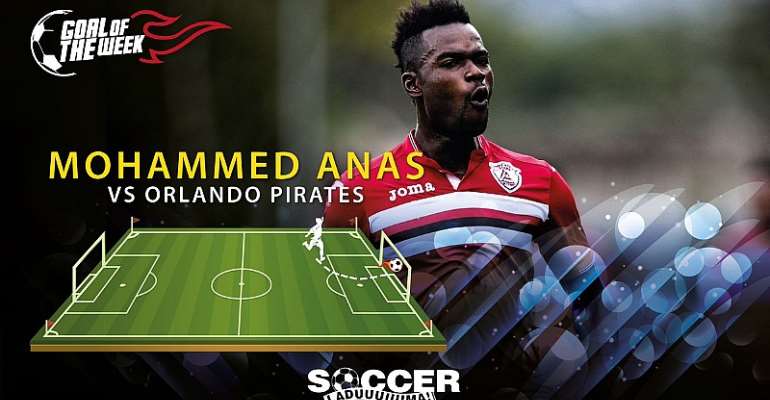 Mohammed Anas classy goal for Free State Stars against Orlando Pirates has been voted Goal of the Week by Soccer Laduma readers.

The Ghanaian scored an outstanding free-kick as they won 3-2 at home in the Premier Soccer League.

Striker Moeketsi Sekola stunned the Buccaneers with an early strike in the fourth minute before captain Paulus Masehe doubled the lead in 13th to leave Pirates just six points away from bottom club and relegation-threatened Boroka FC.

Bucs pulled one back through Thela Ngobeni's own goal in the 25th minute but Mohammed Anas's stunning free-kick on the half-hour mark regained the lead for Stars.

Anas slipped an attempted finish past the upright. Then Anas curled one to skim the crossbar as the Buccaneers' defence was at sea.