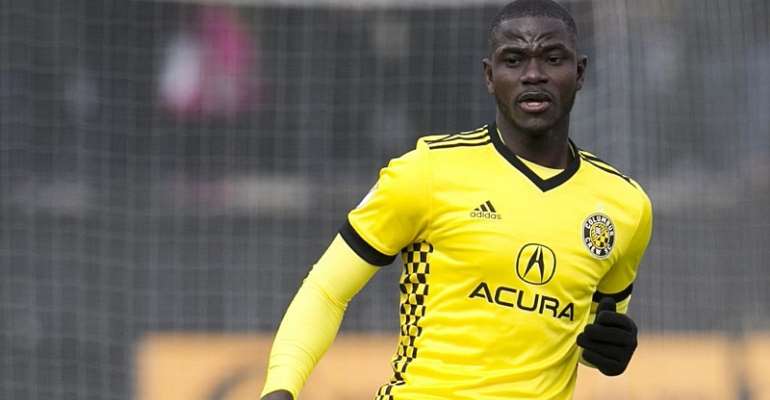 Mensah was on the receiving end of a late tackle by Portland Timbers midfielder Diego Valeri in last week's 3-2 win.

He took an MRI on on Monday and head coach Gregg Berhalter gave an update during Tuesday's session.

''He has a slight hamstring strain,''he said said of Jonathan. ''So we're going to see where he is. If he can get on the field tomorrow and Thursday, Friday and see if he can be available.'

Mensah did not take part in training on Tuesday but rode the stationary bike off to the side during the session.

Berhalter believes there is a chance the defender could be ready for Saturday.