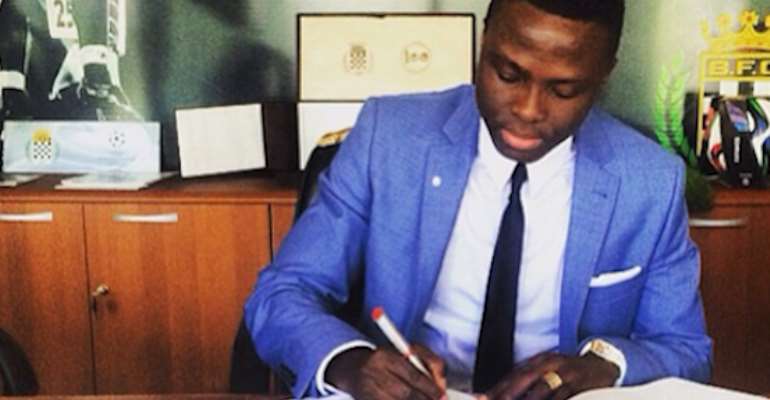 MLS side Chicago Fire is leading the race to secure the signature of experienced Ghana defender Samuel Inkoom who signed a short term deal with Bulgarian side Vereya.

Inkoom, has featured in four league games since joining the Bulgarian club last month and has been tipped to sign a long term deal with a club in the summer.

The former Basle defender opted for a move to Bulgarian after seeing his game time with Turkish club Antalya limited in the first half of the season.

According to reports in the media-Inkoom is one of the highest paid players in the Bulgarian league with experience and pedigree on his side.

The defender has played in the U.S in the past though that episode did not end too well but clubs like Atlanta FC and Real Salt Lake have all shown interest in bringing him back to the United States.

The Ghanaian has achieved his aim of drawing attention to himself with his league performance and is now getting ready to settle on a long term deal with a club in the summer.