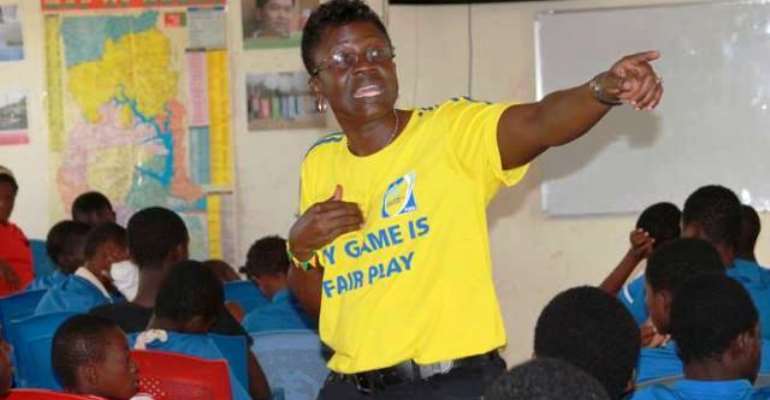 Mercy Tagoe who is now a coach was a former Black Queens player as well as a FIFA referee and could be handed one of Ghana's female national football teams soon.

To Basigi, many intelligent female footballers fell off after their career and Mercy deserves commendation for rising to her current status.

'As for Mercy Tagoe, I will commend her for how far she has come.  After her career as a footballer, she is one of the ladies who has travelled far with her sporting career,' he said.

'She went into refereeing up to the FIFA level and also dived into coaching. She coached some male teams including serving as an assistant at Amidaus Professionals.

'She took Halifax Ladies and brought them to the National Women's League and has been upgrading herself with some courses of late,' he continued.

The experienced Black Queens trainer advised other ex-female footballers to take after her and advance their careers.

'I think she deserves commendations and other female ex-footballers must take after her.'