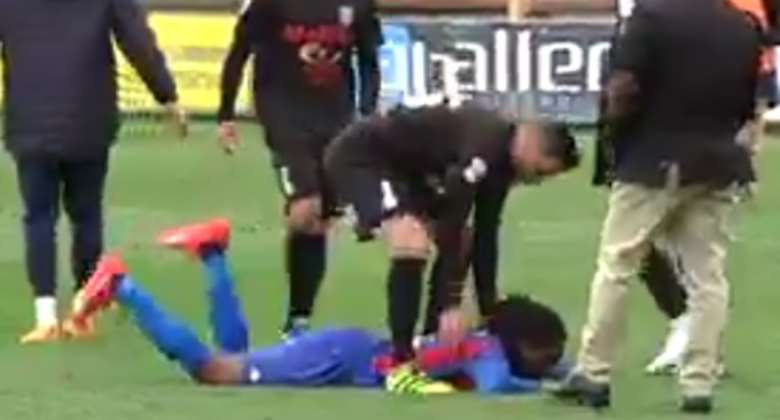 
Ghanaian midfielder Richard Boateng had to be consoled by Melilla players after he wept uncontrollably following his near-misses in Extremadura home defeat on Monday.

The 22-year-old was the biggest culprit, missing several golden opportunities for the home side as they lost 1-0 to pile misery on the club.

The Ghanaian cried on the pitch and had to be consoled by players of the opposing team after the crunch tie in the Group IV of the second Division B clash.

The former Liberty Professionals midfielder lamented at the clear opportunities that could have tied his team in the final analysis.

The players of the Melilla reacted with an exemplary sportiness lifting the African and encouraging him.

The ex-Granada B player left amid tears from the field and apologizing to his fans, who dismissed him with applause, appreciating his evident commitment to the team, which is going through difficult times.

Five die in accident on Techiman –Tuobodom highway
46 minutes ago