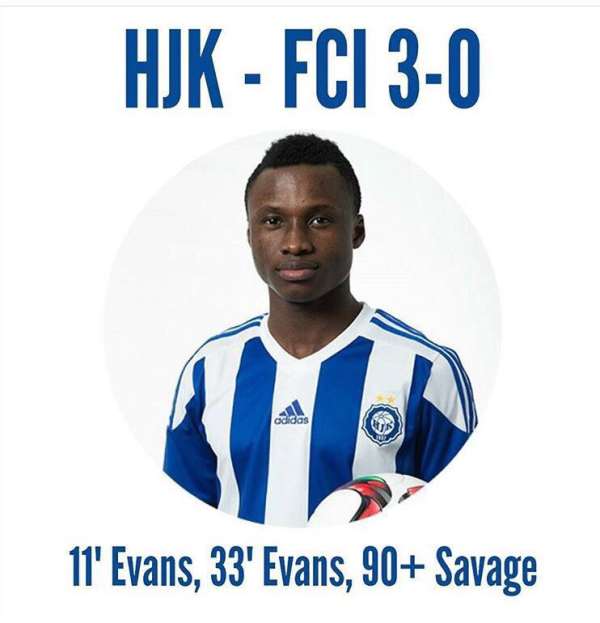 Former Inter Allies winger Evans Mensah continued his fine form for Finish side Helsinki, scoring twice and emerging man of the match a friendly against Estonian side Infonet Tallinn.

The in-form left winger hit the the brace under 33 minutes fetching first in 10 minutes and increasing his tally after 23 minutes in the first half.

D. Savage scored a third to make it 3-0 for the Finish side.

The 18-year old who was touted as one of the fastest wingers in the Ghana Premier League last season was also named the man-of-the-match after the terrific performance once again, growing into an integral member of the team.

Evans Mensah has been hugely incredible for his new side rounding off his splendid form with last night's brace.