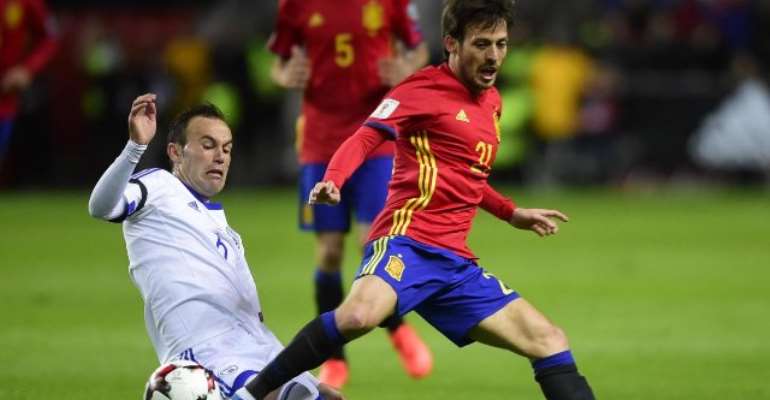 Diego Costa and David Silva scored as Spain extended their imperious home run with a 4-1 victory over Israel in Group G.

Julen Lopetegui's side hadn’t been beaten at home in a World Cup qualifier since competing in their first tie in 1934 and cruised to another victory in Gijon to cement their place at the top of the group.

Silva broke the deadlock in typical fashion as the Manchester City playmaker Silva capped a fine team move with his 29th international goal. Yet Spain weren’t entirely convincing in the first half. 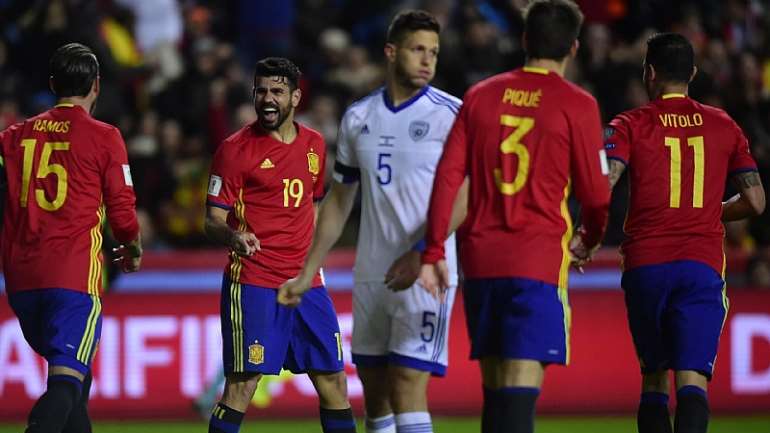 The visitors twice went close to grabbing a shock equaliser with Eran Zahavi sending shot inches wide, and David De Gea pulled off a brilliant save to deny Lior Refaelov before a goalkeeping error allowed Vitolo to double the hosts’ advantage.

Diego Costa put the game beyond doubt with his fifth international goal after the restart before Lior Rafaelov scored a consolation for Israel with 15 minutes remaining.

Spain had the final say though with substitute Isco completing the scoring as Spain claimed their fourth victory of the campaign. They lead the group on 13 points, ahead of Italy on goal difference, while Israel remain third.