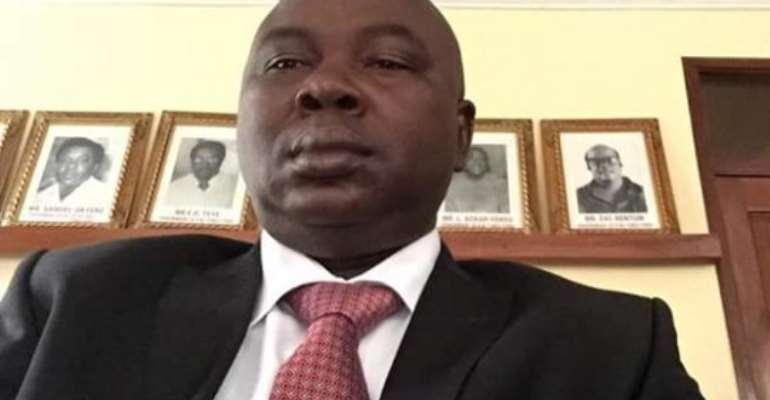 The Disciplinary Committee of FIFA on Monday banned Ghana's Referee Odartei Lamptey for life from any kind of football-related activity at both national and international levels.

The referee was found guilty of breaching article. 69 paragraph. 1 (unlawfully influencing match results) of the FIFA Disciplinary Code during the 2018 FIFA World Cup Russia qualifying match between South Africa and Senegal on 12 November 2016 during which referee Lamptey awarded a controversial penalty against Senegal.

According to FIFA, the referee is banned from administrative, sports or any other activities related to football.

However, Commey in an interview with the GNA Sports said the decision was harsh and urged referee Lamptey to appeal against the decision.

He said 'to ban someone for life is too harsh. He made a mistake but that doesn't merit a life ban.

'I've seen European referees committing such blunders, even some more serious than that of referee Lamptey's but they were not banned for life. So why Mr Lamptey'

He said, at least a year or two ban would've been okay to deter others.

According to Mr. Commey who is also the Chief Executive Officer of Aduana Stars, the referee consulted his assistants before taking the decision and only realized after the game that it was a wrong call.

He wondered whether FIFA would've meted out a harsh decision to an European referee, adding that 'we have to support our referee instead of attacking them verbally and physically.