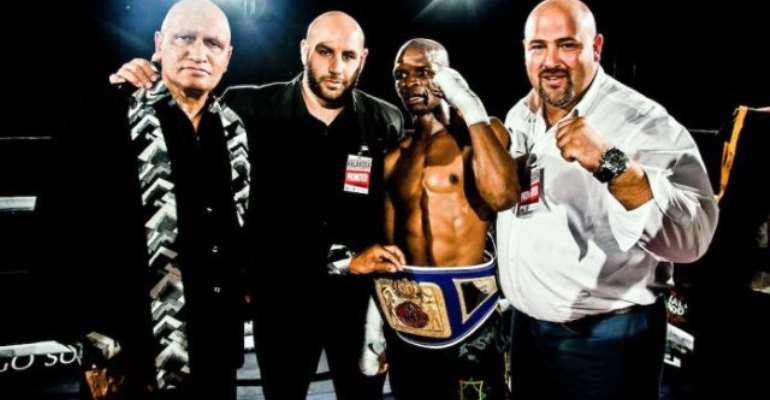 Africa’s newest Pay-Tv broadcaster Kwesé TV has continued to grow its premium sports offering to include world class boxing action from internationally licensed fight promotions company Kalakoda Promotions. This flagship three year partnership will see Kwesé Sports exclusively broadcast what will soon become Africa’s go to source for exciting boxing action Friday Fight Nights. A new pan-African boxing series showcasing boxers from across the continent, as they fight it out for titles across all weight classes.

The Friday Fight Nights series will not only be a true showcase of African boxing talent but also a fresh opportunity to reposition the sweet science of boxing across the continent, unearthing new heroes with a boxing series created for African athletes.

Here Angolan fighter Cristiano Ndombassy will take on Anelisa Qungisa from South Africa over 10 rounds for the vacant ABU Welterweight Title, this promises to be an interesting clash with a puncher in Ndombassy vs. the slick boxer in Qungisa.

The second title fight will feature current South African number 1 heavyweight Ruann “The Giant King” Visser clashing with Tanzanian Ashraf Suleiman for the ABU Heavyweight Title. This will be a true test of youth vs. experience and a great test for Visser against Suleiman who is a tricky customer and will ask some questions of the big South African.

Visser boasts the longest reach currently in world boxing as documented by Box Rec and stands at a towering six foot ten inches, with a fighting weight of 125kgs. Post this fight Ruann departs for Austria to join the Wladimir Klitschko camp as the Ukrainian former champion’s main sparring partner in preparation for the Anthony Joshua fight on the 29th of April. This will also broadcast live on Kwesé Sports.

Other notable fights to look out for during the series kickoff is former MMA superstar Likola “Knife” Liboka Didier from the DRC facing off with Falay Kubeya of Uganda in a non-title heavyweight bout that promises fireworks from the first bell. Boxing fanatics can also look forward to another heavyweight explosion when KZN and Chatsworth local hero Marc Subramoney squares up against the heavy handed Steve “Soldier” Nwosu from Lagos Nigeria. Subramoney has some amateur pedigree and aims to be the first South African Heavyweight Champion of Indian decent.

Fight fans all over the continent (including South Africa) can watch all the action unfold live on the Kwesé App. Viewers in Ghana, Zambia and Rwanda can enjoy the blow-by- blow action on Kwesé Sports 1, channel 300 on the Kwesé TV bouquet from 10h00 – 17h00.