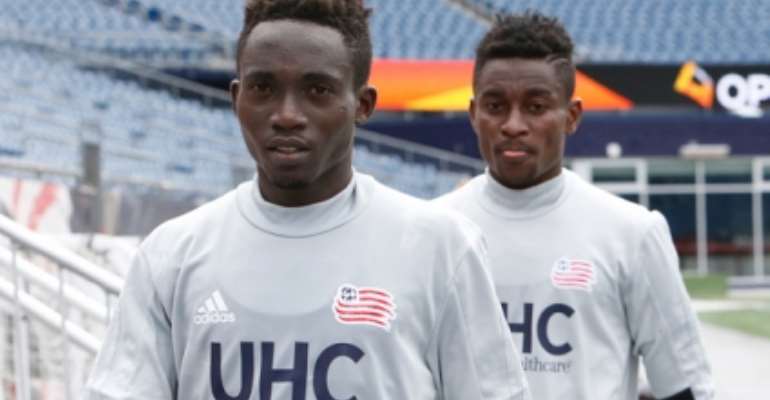 The two players started training with the MLS side after arriving the United States on Tuesday.

Moses Sarpong was linked to the Revs back in preseason but this is his first appearance as a trialist in New England.

Frederick Opoku is another 19-year old Ghanaian, and is a left footed midfielder who last played for Inter Allies FC in Ghana's Premier League.

The two players will be keen to impress to win a permanent contract.