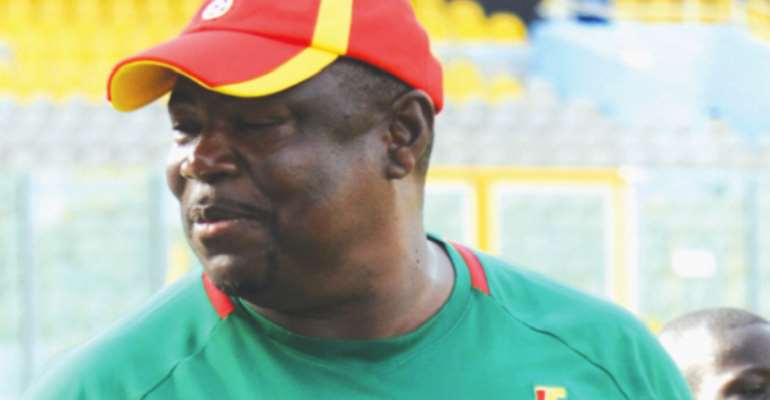 Black Starlets head coach Paa Kwesi Fabin has reiterated his desire to qualify the team to the 2017 FIFA World Cup in India.

The team have been pitted in Group A alongside host country Gabon, Cameroon and Guinea in the African Youth Championship which is scheduled to commence from May 21st -June 4th.

However, according to the coach of the team Paa Kwesi Fabin, qualifying the side to the competition is his utmost target when the Africa Youth Championship gets underway.

'We are preparing adequately for the U-17 Africa Cup of Nations. We have played some series of friendly matches and I can say the boys are match ready for the tournament,' he added.

Ghana's last participation dates back to 2007 when they finished fourth.