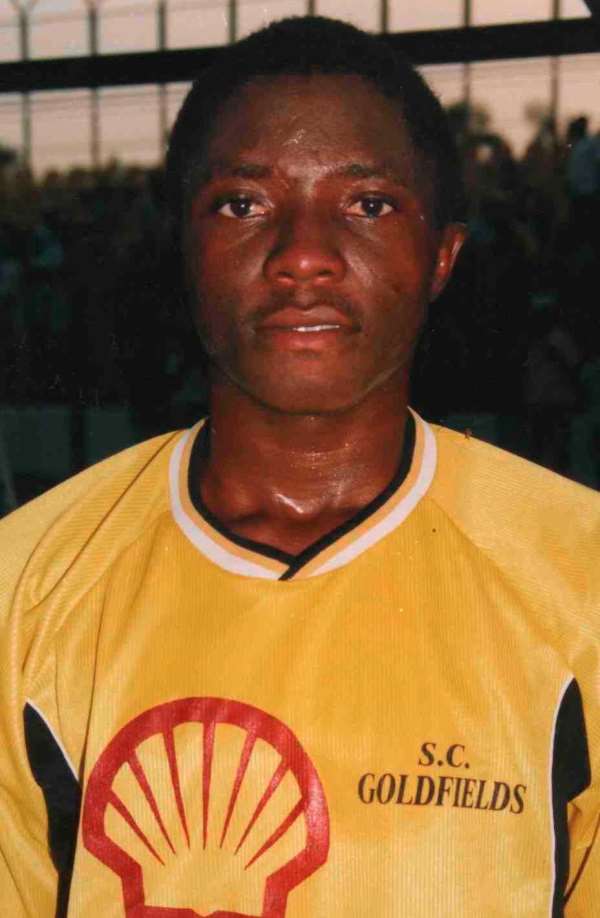 Ashantigold's Shaibu Yakubu at the midweek turned in a 45th minute goal to win all the three points at stake in a week two Premier League game against Ebusua Dwarfs at the Robert Mensah Stadium.

The young but prolific striker, voted goal king for the last season thus brought his goal haul to two in as many matches.

Though several sports analysts had earlier tipped Dwarfs to carry the day following Dwarfs splendid performance against Accra Hearts of Oak, a determined Ashgold made nonsense of all such predictions.

Ashgold had prior to the game promised to return to Obuasi with all the three vital points taking cognizance of the fact that Dwarfs had during preseason succumbed to Ashgold 7:1 aggregate in home and away encounters.

Ashgold fans besieged the Robert Mensah Stadium and thie appeared to have charged the players who fought gallantly to traslate their vows into action. The goal came as a result of Richard Awuah's header that was beautifully connected home start of a ferocious campaign for goal king title. Kotoko's Dan Acquah, Hearts Anthony Annan and Ekow Gyansah of Dwarfs have all scored two goals apiece.

Felix Sakyi received the first yellow card in the 13th minute for challenging the referee whilst skipper Kofi Amoako was also however booked for a rough play in the 18th min but the resultant kick by Michael Alhassan was deflected for a welcome goal kick in favour of Ashgold. Dwarfs effected their first substitution when Ernest Adu replaced Attiah Somala in the 21st minute.

Ashgold seized the midfield with sensational Kwaku Sarpong who partnered Mohammed Polo to halt all the dangerous balls and pushed their attackers forward. Ashgold nearly conceded a goal in the 36th minute when Fatau Dauda miscalculated his steps in an attempt to grab a ball but Deheer Kobina 's lobbed challenge missed the post narrowly.

An unfortunate incident happened in the 42nd minute when Ashgold's physiotherapist Mr. Armatey Armah was manhandled by a group of Police personnel at the Ashgold bench when he was attending to a casualty but it took the management of Ashgold about some minutes before they were able to intervene.

Tony Baffoe, Gabriel Opoku-ware and Michael Komade replaced Mohammed Polo, Isaahaku Zakari and Joseph Jackson. Awuah in the 82nd minute beat his marker and laid a pass to Shaibu but was brought down in the Dwarfs 18 but the referee strangely allowed play to continue.continue to the disappointment to the fans.

The did-dong battle continued until the referee signaled for the end of the game with Ashgold registering their second consecutive wins in the league competition. SPORTIVE TO FOLLOW Tema-based Real Sportive will be the next in Ashantigold's firing line when the two clash in the third week of the 2005 Ghana Telecom Premier League at the Tema Sports Stadium. With only a point from two games, Sportive will be all out to seek a better script but against a rather spirited side who have vowed to put down any opposition, big or small.

The match indeed promises to be an interesting and a difficult one but trust the likes of Ofosu Amoah, skipper Kofi Amoako, Kwaku Sarpong, Shaibu Yakubu, Alfred Arthur, Gabriel Opoku-Ware, Joseph Jackson, Kwaku Wiafe and others to rise to the occasion and claim all the three points to Obuasi.

Coach Hans has promised to tackle a match at a time and with equal seriousness stated “since each match carries three points”.

That means he does not intent to get complacent. Sportive were almost returning to their Tema base with a point when a defender's miscalculation let in the onlt goal almost on the stroke of full time.

Daniel Nortey, a former player of Ashgold and now with Sportive would like to prove a point to his former colleagues at the Tema Sports Stadium come Sunday and he is not a spent force yet.

SUPPORTERS MAKE PRESENTATION TO ASHGOLD The supporters of Ashantigold Sporting Club Limited presented assorted drinks, sheep, fruits and other items to the players of Ashgold prior to their first league match against Liberty Professionals at the Ofori Stadium during Ashgold's afternoon training session.

Mr. Kofi Musah, the National Supporters Organizer on behalf of the National Coordinating Committee of Ashantigold presented the items to the players.

Meanwhile skipper Kofi Amoako also expressed his appreciation on behalf of the entire playing body and promised to give up their best to the admiration of the fans.

ASHGOLD TEAM MANAGER PASSES AWAY The death is reported of Mr. Franklin Oppong, former Team Manager of Ashantigold Sporting Club Ltd. He was 59. His death occurred at the Anglogold Ashanti Hospital on Monday 18th April 2005. Mr. Oppong joined Ashgantigold, then Obuasi Goldfields in 1986 from Dunkwa Dredgers.

Meanwhile the Board of Directors, Management and Staff, the playing body and the entire supporters of Ashgold express their condolences to the family of Mr. Oppong. Details of the funeral arrangements would be made known to the public at appropriate time.