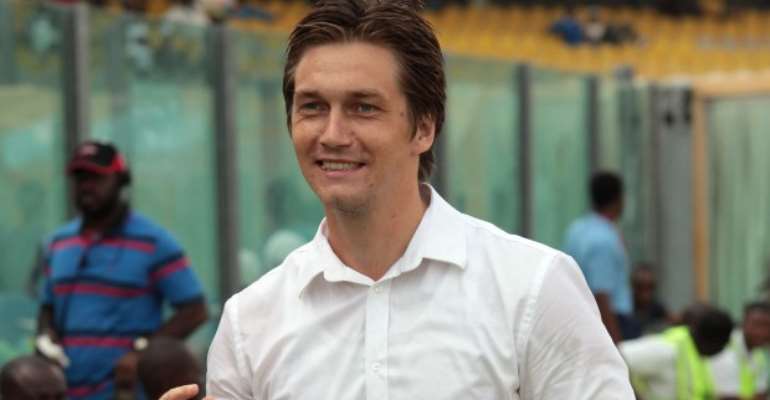 Sources say the top hierarchy of the club are unconvinced about tactics of Croatian Zdravko Lugarusic and are keen to replace him.

The Croat joined the Porcupine Warriors at the start of the season on a two-year deal but his infamous 3-5-2 formation appears to have ruffled feathers.

Kotoko's supporters chief Obeng Sekyere questioned the pedigree of the 55-year-old after their controversial 1-0 defeat to rivals Hearts in the Super clash over the weekend, claiming he lacks the quality to lead the side.

GHANAsoccernet.com sleuth hounding indicates the club has held talks with Strand, who is currently scouring for a new job after he left Medeama under bizarre circumstances last year.

Strand, 35, is a popular figure in Tarkwa where he led the side to the group stage of the 2016 CAF Confederation Cup and won the 2015 FA Cup.

Key Kotoko officials are keen on replacing Zdravko Lugarusic, who has been handed a five-day leave.

Lugarusic has not endeared himself to the club's fans despite guiding them to joint-top with Aduana Stars.