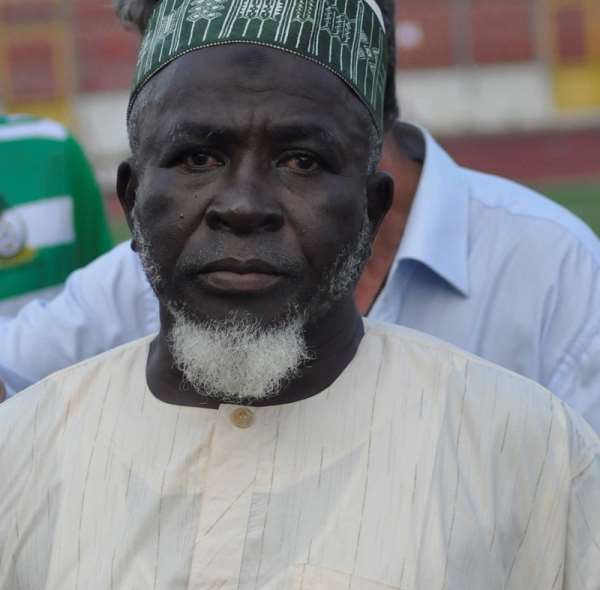 President of King Faisal Babies Alhaji Karim Grunsah has advised Asante Kotoko management and supporters to cease chastising referee Samuel Sukah for the penalty he awarded to Hearts of Oak in the Super Clash game on Sunday.

The Accra-based referee adjudged Samuel Yeboah's firece shot to have hit the arm of Asante Kotoko defender Ahmed Adams in the dying embers of the much-anticipated clash against Hearts of Oak, which was aptly scored by Hearts defender Vincent Atinga to win the Phobians the day.

In the wake of the game, management members and supporters of the club have demonstrated their anger towards the performance of the referee on the day by issuing statement to the Referees Appointment Committee that they forbid him from officiating any of their subsequent games in the ongoing campaign.

Nevertheless, according to the veteran King Faisal bankroller, the club should just waive the incident and move on because they have also benefitted from referees errors in the past.

'Referees are human so they can also make mistakes in a game. This penalty awarded is nothing new in the Ghanaian game,' Grunsah told Kumasi-based Boss FM.

'Is the penalty the reason why many people are complaining? Kotoko have also benefited from dubious penalty decisions to win their matches in the league, so we should all stop talking too much.'