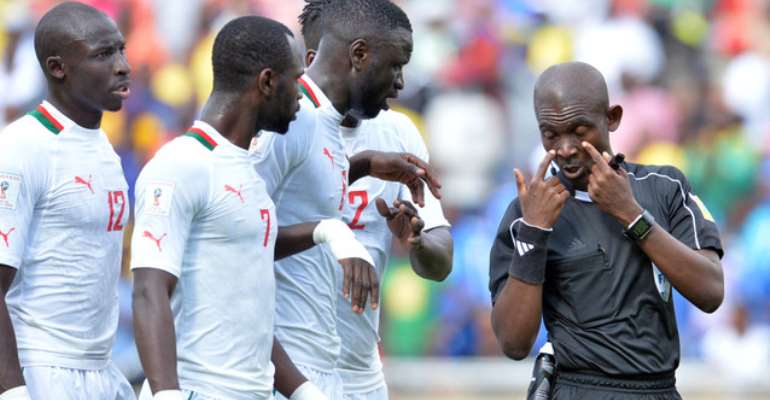 FIFA could order South Africa to replay their 2018 World Cup qualifier against Senegal after the referee was found guilty of manipulating the result of the game.

The world governing body has warned that it will take further action over the match played in November last year following its decision to hand the referee involved a life time ban.

FIFA handed a life-time ban to Ghanaian referee Joseph Lamptey on Monday after finding him guilty of 'unlawfully influencing the result' of Bafana Bafana's 2-1 World Cup qualifying win over Senegal.

Lamptey was criticised after gifting Bafana a penalty in the clash in Polokwane on November 12 last year, and was consequently suspended by CAF following an appeal by Senegal.

"Further information concerning the South Africa v. Senegal match in question will be provided once the decision becomes final and binding," FIFA said in the statement released on Monday.

"FIFA follows a zero-tolerance policy on match manipulation and is committed to protecting the integrity of football.

"As a result, FIFA will continue with its ongoing efforts to combat match manipulation through a variety of initiatives, which include the monitoring of international betting and a confidential reporting system with a dedicated integrity hotline and e-mail address."

Senegal who made a complaint to FIFA said they want the match to be observed and since it has been ruled that the match was compromised by the referee a replay could be on the cards.