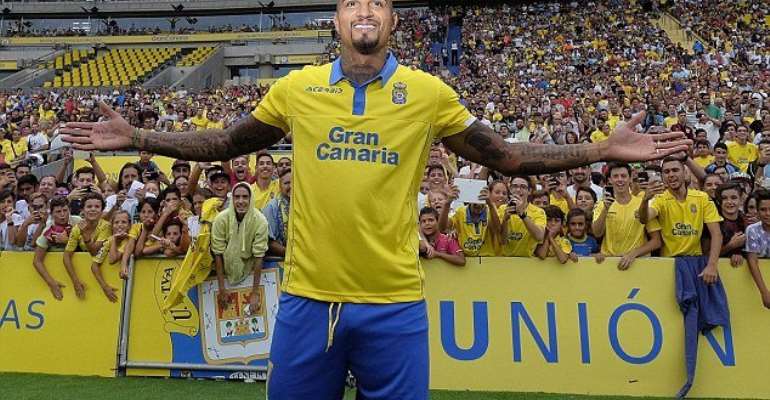 Kevin-Prince Boateng once again stole the show and the plaudits in Spain as Las Palmas bounce back to winning ways at the expense of in-form Villarreal on Friday night.

He scored and forced the sending off of a Villarreal player to help Las Palmas record a 1-0 victory to improve their lot on the La Liga standings.

The in-form midfielder headed home Dani Castellano's cross in the 10th minute to bag the points.

The goal was his eight since joining Las Palmas and no midfielder in the league has scored more this season.

No #LaLiga midfielder has scored more goals this season than Kevin-Prince Boateng (8).